Our new “Oil” is “Tourism” and this Keith Rowley-led Government better understand that, if they want to provide any kind of hope to this country. There a 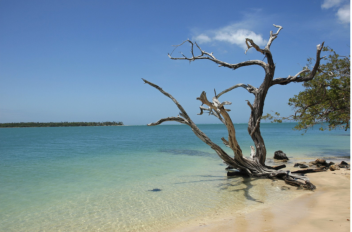 re 3 areas for urgent action: destination marketing, increasing international arrivals and having a well-trained and certified labour supply.

The 2017 budgetary allocation by the Government towards the marketing and promotion of Trinidad & Tobago’s Tourism products was TT$19M (nineteen million TT dollars).  When compared to allocations in 2015 of TT$50M (fifty million TT dollars), this represents a significant fall by 62%. Two months ago, in July, the Ministry of Tourism confirmed that only TT$8M of the $19M was actually spent.  Spending TT$8M to market a diverse destination such as T&T is a waste of money.  You’ve got to either do it properly or not at all.  In addition to this lack of spend, the contracts for all of our overseas marketing representatives (except for the UK) were cancelled in October 2016 by the Ministry of Tourism with no replacement providers appointed. Thus, Destination Trinidad & Tobago has NOT been promoted in most of our main tourist source markets for the past year.

Consistent with this lack of spend is the fall in international arrivals.  The data says that over the first eight months of 2015 (i.e. by August), we welcomed 300,000 overseas visitors. For a similar period in 2017, overseas visitors has fallen to 275,000, representing an 8% reduction. This has had a direct negative impact on both hotel occupancy as well as room taxation remitted to the Government.

If you combine the reduced budgetary allocation, the lack of destination marketing spend as well as the Government’s continued and prejudicial withholding of GATE reimbursements and recurrent subvention payments to the Trinidad and Tobago Hospitality and Tourism Institute (TTHTI), what emerges is a Tourism Sector which is on the brink of collapse.

To avoid this collapse, the 2018 budget cater for the following:

The budget presentation is really an exercise in accountability. What is needed at stages 2 & 3 are wide collaboration on the plan for the sector and transparency with regard to how the plans will be executed.

Let’s do This …  Minister of Finance!

We post our clean-up pictures, talk about the after-clean-up lime, feel a sense of accomplishment, and wait for the International Coastal Clean-Up to roll around next year to go over the ritual again.

Meanwhile, beach-goers continue to litter the same beaches; disposable cups and containers cover defile the Gulf of Paria, and the crockery of choice at most high level functions is the styrofoam container. (FYI – a Google search reveals that Styrofoam takes 500 years to biodegrade!)

It is not difficult to understand why our coastlines are so polluted.  As an island, our trash gets to the ocean quickly. I long for the day when this annual “beach clean-up” ritual is not so high on our “things to do” list because the beaches are cleaned routinely and citizens take their litter home or dispose of it in an appropriate, appointed bin.  But this will not happen unless there is a robust awareness programme on one hand and a consequence management approach on the other hand.

I often focus on consequence management because it is one way of ensuring that we are all accountable for our actions.  Citizens must feel the penalties for littering, and it must be swift.  Unfortunately, the implementation of these penalties lies with the TTPS who demonstrate time and time again their reluctance to do their jobs and are not being held accountable.  If half the level of enthusiasm demonstrated when the TTPS enacted their “day of total policing” is applied to the small tasks of issuing litter tickets, it can have a massive impact on our environment and indeed our understanding of our responsibility to dispose of trash.

There is a view that if you are not engaging in consequence management, you are in fact leading the chaos.  We have systemic problems in several areas and we selected a party who promised to lead the change in the way we do things.  The citizens who voted for, and are paying you to keep your campaign promises are still waiting for delivery of the promises.  Let’s do this!

From the simplicity of a medical check-up to the complexity of being in intensive care, the message is clear; even the leaders of our government have no faith in our public medical institutions. If they have no faith in our medical institutions, how can I?  The difference is that John and Jane Public have zero resources to draw from and therefore will have to face whatever public hospital that is nearest to them.

By electing to have his medical treatment conducted abroad, the Prime Minister has squandered an opportunity to demonstrate faith in our institutions and by extension, in ourselves. Instead, the message is “go elsewhere whenever you can,” when it could have been: “Let’s do this, we’re in it together”.

Six months ago, the draft diversification roadmap was presented by the Economic Development Advisory Board, (EDAB) to the Government.  The committee highlighted health as one of the factors to be overcome in our process of development.  There has been no further update on the status of that submission and from his action, the Prime Minister is clearly aware that our institutions cannot even carry out a medical check-up.

Trinidad and Tobago is ripe for a transformation exercise but it must begin with a clear articulation of the goal that is expected to be achieved.  Once that goal is articulated, citizens will then be able to identify the personal impact, figure out their benefit or loss, work out whether the result will be fair, and decide how much support they are willing to give to the plan.

It is a cliché to say, “nature abhors a vacuum,” but the reality is that in the absence of clearly articulated goals and objectives, the vacuum is being filled by chatter about the extent to which the government continues to fail in its election promise.  Worse than that, the actions of members of the government continue to reinforce that notion that we cannot do better.
In its 2030 vision, the aspiration is for a healthy population.  We will not achieve that aspiration with the current approach.  What is needed is an energized government willing to rally Team Trinidad and Tobago behind it.

Come on Prime Minister, “Let’s do this!”

I missed DJK in the Barber Shop on Saturday! Oh I forgot! He went to California (no, not the one in Trinidad) for his medical check-up! Consistency is important when you pick up a new career so I am awaiting the schedule for my favourite DJ!

Until then, I ponder, “Whither goest thou my sweet TnT?” What’s the plan? “Diversification” is the word being bandied about, but how is that manifested? I continue to believe that citizens are just longing for a leader who will level with us and explain where we are heading and how are we to line up. It’s an easy lesson from Carnival; people get in their sections before crossing the stage, and that’s because they know the stage and understand the expectations when the leader makes the call.

After two years in office, the government continues on an unclear path. What is the diversification strategy, and how are we going to get there? Instead the most recent noise is about the opposition not attending the Independence celebrations. That is not new; you are in fact flogging a dead horse and draining your resources with this attack, when you could be engaging our citizens on what the priorities are for the next 55 years.

What kind of TnT do you envisage? What kind of TnT would you like to have shaped? For someone who has been in government on either side since 1987, the benefits of any experience gained over the years have not been evident.

Emeralds are the symbol of 55th Anniversaries but like all gemstones they need to be polished and cared for, otherwise their beauty and shine is lost. Here is an opportunity to unearth our Emeralds and help them shine.

There are citizens who want to make a difference but there is no framework for them to become engaged. It may be beneficial to have some agency that will accept observations and suggestions from the general public and sift through them for ways to improve all facets of life in T&T.

Communication is the engine of behaviour change but our leader needs to communicate!