Curiosity got the better of me and I chose the much publicized “Laventille Nights” with our country’s first female President over the usual Friday evening “lime”.            I wasn’t sure if it was at Beetham or Sea Lots. 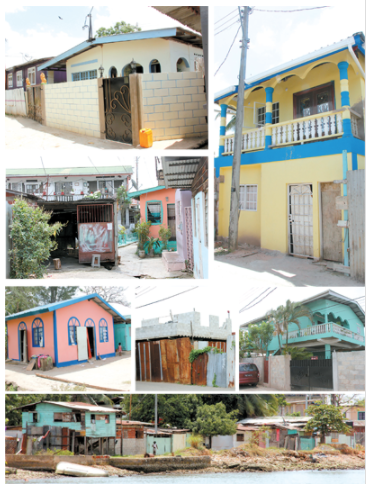 As we drove along, blue lights signalled the presence of police cars at Sea Lots so that was our cue to drive into Sea Lots. Our car worked its way through the narrow streets and I counted 8 marked police vehicles, several heavily armed police officers and 7 dark tinted SUV-type vehicles.
The interview had already begun as we settled into the garden chairs. There was a continuous murmur as the interview continued. The 50 or so children in the audience looked between 5 and 11 years of age with a few babies on the shoulders of young women. A handful of young men sat in the stands of the basketball court and of course, Burkie and his partner with their obvious gold chains.
I commend President Weekes for responding positively to the request but I am challenged to understand the objective or the intended outcome. I am equally challenged to understand the thinking of the parents who would herd their children into a gathering in the basketball court when they should be in bed and asleep. The dearth of adults was also alarming.
The star moment came when the father of Andrea Johnson expressed his total delight and pride at the accomplishments of his daughter. The necessary thanks were then expressed and the President’s entourage departed.
As the President’s entourage disappeared, the entertainer Voice was introduced and the children became fully awake. When I left, it was to the trailing sound of the famous line in his hit song, “This Is The Year For Love” and I wondered: What has changed? What difference will our first female President make? What is the leverage needed to move our society?
The following evening, I drove past the entrance to Sea Lots and this time, only darkness engulfed the area, not a flashing blue light … not a uniformed police officer … only a shadowy figure in the distance. Life continues and I fully expect that the next time Sea Lots residents will receive a visit by heavily armed police officers and 7 marked police vehicles will be to quell some disquiet or extract a wanted citizen.

As a baby boomer, I have to make a difference. View all posts by dennisedemming