Malicious or Hapless Minister of Foreign and Caricom Affairs? 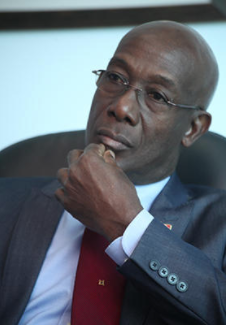 Was it maliciousness or just haplessness at the root of the recent bungling of the appointment of Makeda Antoine to the post of Ambassador to the United Nations Office in Geneva?  From the article in the recent Sunday Express, the young lady appears to have the potential to do a fantastic job, but unfortunately she will be remembered by the Express Headline: “Anxiety as rookie appointed ambassador to UN.” Heaven forbid that she has any diplomatic missteps!

The main reason this has become a news headline is that her line Minister, the Ministry of Foreign and CARICOM Affairs refused to confirm her appointment when asked by a reporter.  Had he confirmed her appointment, it would have taken the sting out of the news story but instead it gave Sheila Rampersad the opportunity to dig in and create a Sunday Express story which was published on November 12, 2017.

Is it that Minister Moses was unaware of the appointment or did he not agree? Whatever the reasons, the Minister and the Prime Minister appear to differ on this appointment.  Looking at the track record of “maybe Ambassador Antoine”, it could have provided an opportunity to woo the 18-45 age group whose vote has a great potential to determine the future leadership of our country.

Having made this foul–up, I expect the Prime Minister himself to welcome Ambassador Antoine and signal his high expectations for youth leadership in our country.  He still has an opportunity to clear the path for a positive tenure even though he missed a great opportunity to comment and clear the air at yesterday’s PNM convention.

In every aspect of our national development, what I see is missed opportunities.  This country is crying out for leadership that is sensitive, logical and structured.  Meanwhile, best wishes to Makeda Antoine, Ambassador Designate to the United Nations Office in Geneva.